Responding to the theme ‘unseen’, this new work by Qiane Matata-Sipu continues the ongoing body of images Qiane has been documenting for the past 13 years around her whānau and papakāinga of Ihumātao. Uri embraces the whakataukī, ‘ka muri, ka mua’, to walk backwards into the future. It connects te Ao Marama with the realm of Hine nui te pō. Uri is descendant, relative,blood connection. The two wāhine in this piece are uri of the tupuna and whenua before them, at dusk, you sense the mauri of the unseen. Harmony Smith stands on the slopes of her maunga Te Puketaapapatanga a Hape. On her head, a pare kawakawa, a wreath to mourn both those passed, and the confiscated whenua she stands on. Haeata te Kapua holds in her hands the flesh of our Atua Wahine Papatūānuku, nurturing a fresh kawakawa cutting. The native is rongoa, medicinal, in this instance, a tohu in the healing of intergenerational trauma for future generations.

UNSEEN, is a diptych presented as a statement on the unequal power relationship existing between Indonesia and the indigenous independence movement in West Papua. For Raymond Sagapolutele photography is methodology to extend research into the Samoan practice of ‘fagogo’ whereby knowledge is imparted from one generation to another via oratory and chant. The work shows a skull painted in the colours of the Indonesian flag, and then repainted to bear the colours of the banned ‘Morning Star’ flag of the West Papuan independence movement. The skull evokes the presence and active participation of ancestors in the dialogue of the diptych – rather than the skull functioning as a call to remember one’s mortality it involves the sanctity of the head common to many Moana cultures. The lei adorning the repainted skull was a gift to the artist made at the conclusion of a march in 2019 which commemorated the struggles of the Samoan Mau independence movement against the violently repressive colonial power of New Zealand

My project is about being a feminist and the Muslim religion, detailing my identity that turned into a project to share with others. I want to showcase my perspective of what it’s about, so others can understand about how my religion informs ideas such as diversity and feminism. I grew up wearing a Hijab (head scarf), and that shows the part of me as a Deaf Muslim woman.

Commissioned by the Auckland Festival of Photography Trust, the new series Auxiliary Movement by photographer Yvonne Shaw investigates the method of psychodrama. Working with a group and a director to set up an experiential psychodrama workshop and photograph it, Shaw explores psychological and sociological encounters enacted in a theatre. 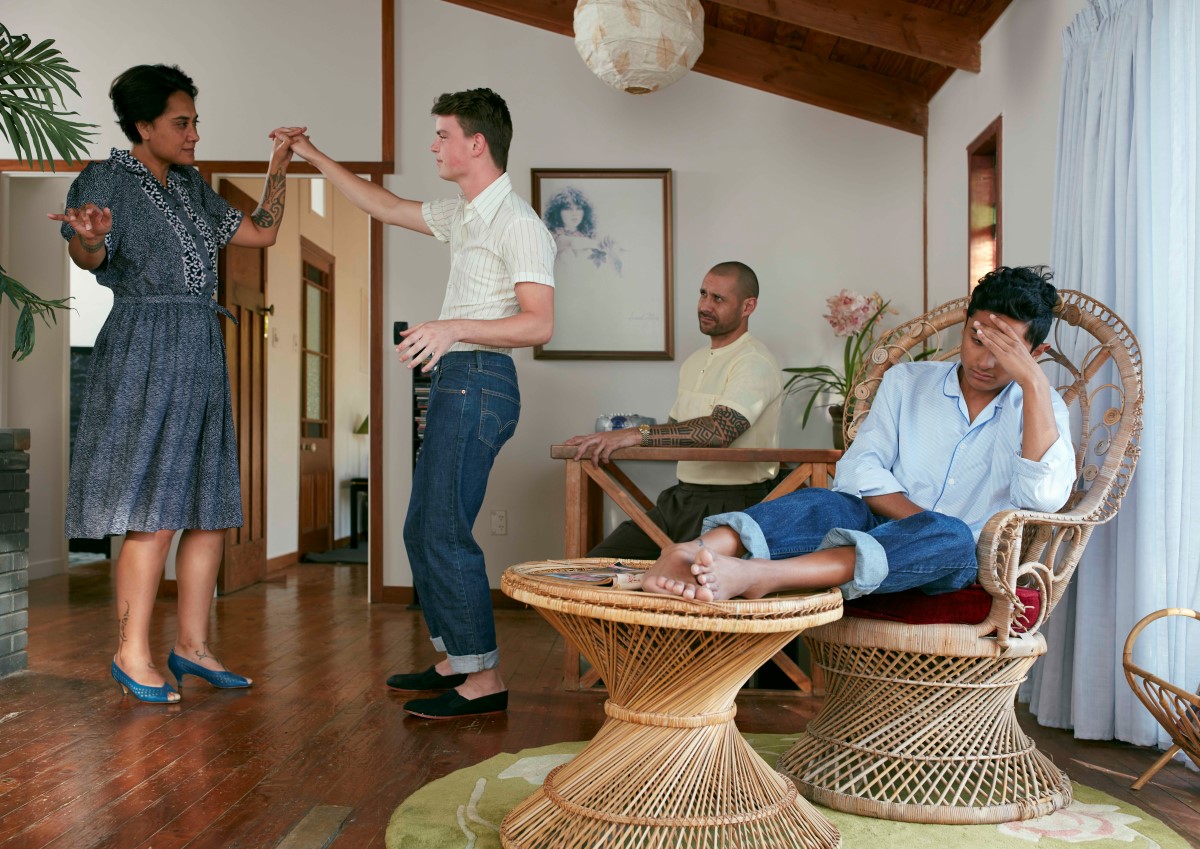 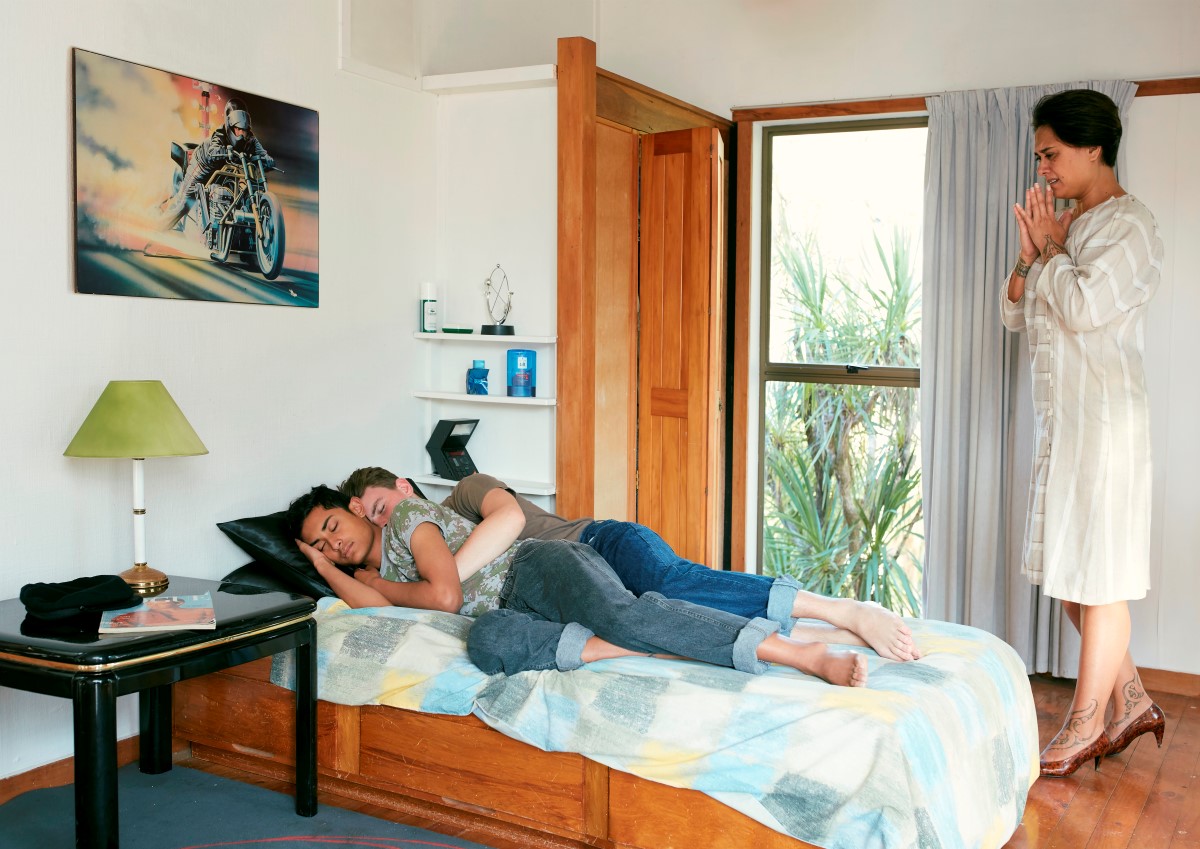 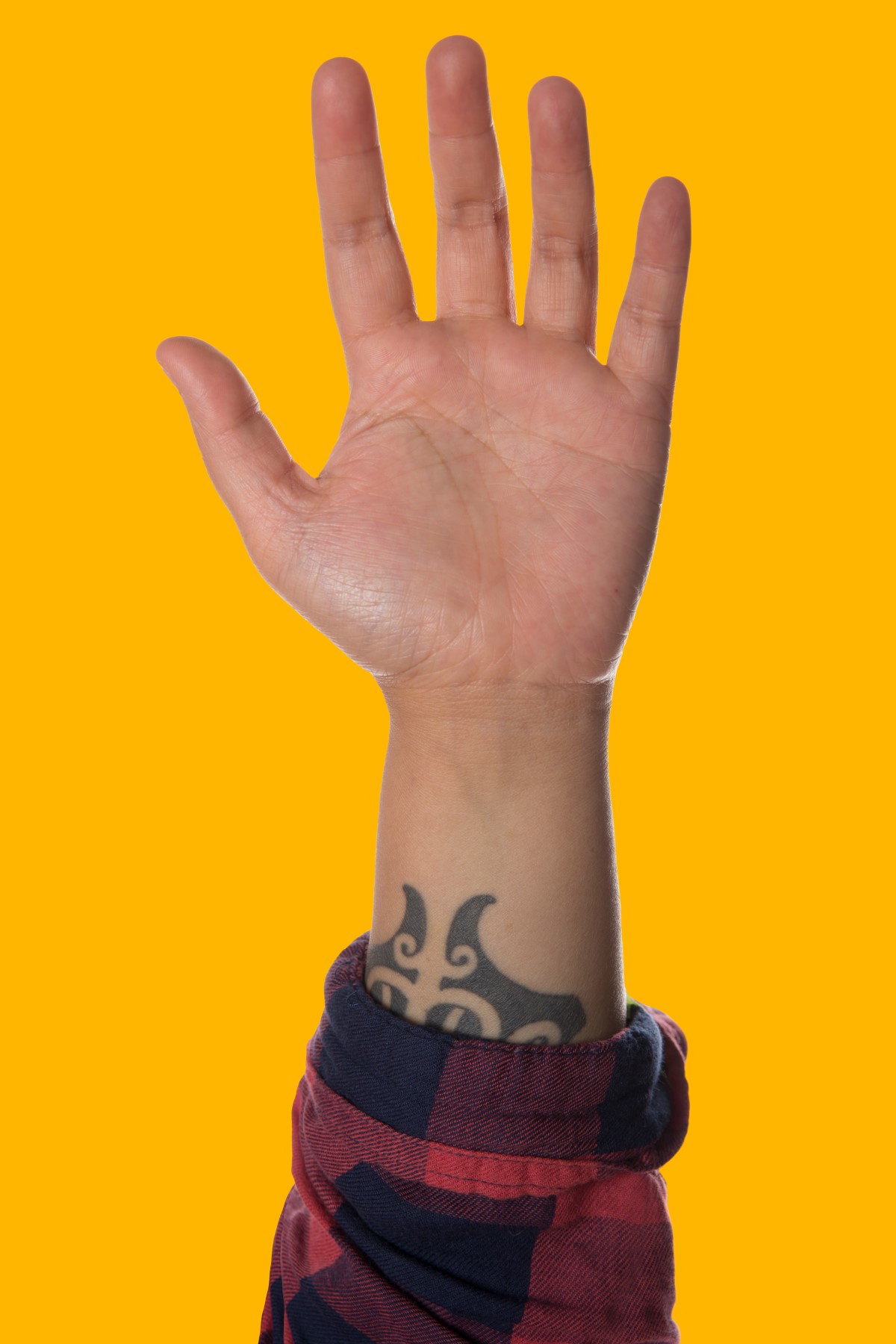