Auckland Festival of Photography presents Chen Haiwen in partnership with Pingyao International Photography Festival, as part of a cultural exchange between partner Festivals in the Asia Pacific Photoforum. Chen is a member of Chinese Photographers Association, vice Chairman of Shanghai Photographers Association, executive vice Editor-in-Chief of “Shanghai Photography”. His work will be on show during the Festival as part of the cultural exhibition exchange between Auckland and Pingyao, cementing the cultural ties that exist between China and New Zealand.

From 2008-2009, Chen planned and photographed “Features of China's 56 Ethnic Groups”, and shot 1125 representatives from each group within one year period. In August 2009, the book was first published in Shanghai, and exhibition first presented in Beijing in October. In 2010, the exhibition was brought to 25 major cities worldwide. During the making of the book and exhibition which was to celebrate the 60th anniversary of the People’s Republic of China, over 57,000 photos were taken over a 12 month period across the whole of the country. “Time after time, I was deeply touched when viewing the numerous photos: the Chinese people of 56 ethnic groups all over China, from the lush and vast prairie to the southern frontier, from the snow-covered plateaus to the Tianshan Mountains, from the village field to the coast of rivers and sea…all watch and guard their hometowns, lean or fertile, dry or rainy, and lead a diligent and harmonious life.”

This exhibition will be presented in black and white as the artist has printed. 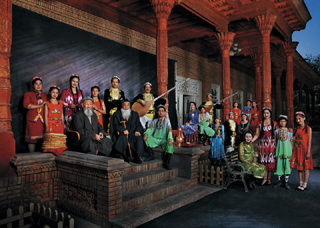 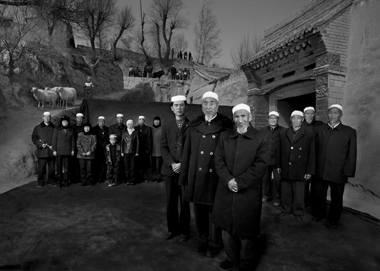