Auckland Festival of Photography presents projections of the following works:

A project about the deportations from the Baltic States to Siberia under the Soviet regime. Claudia Heinermann published recently the first part of a trilogy entitled Siberian Exiles which focuses on the experiences of six Lithuanian survivors, who were deported as children to the Laptev Sea above the polar circle. During the first major mass deportation in 1941, their families were sent to the Altai region in the south of Siberia to cut down trees and work as farm labourers. In 1942, they were moved, along with three thousand other Lithuanians, to the delta of the Lena River to build up a fishing industry. The deportees had no housing, protective clothing, food or technical equipment. During snowstorms, they had to build their own huts with their bare hands. The exiles suffered from constant hunger and many illnesses such as scurvy. For many it became a death sentence.

From Lockdown to Reopening by Cameron McLaren

During New Zealand's Covid 19 lockdowns Cameron McLaren photographed his country at a standstill. Commissioned by Washington Posts international photo editor Olivier Laurent this work showcased New Zealand's approach to the pandemic as being at the absolute forefront.

Home is the subject of Cody Ellingham’s latest photographic series - New Zealand Nocturnes. From farm houses along deserted country roads, decaying colonial villas reclaimed by the land, to concrete flats and the iconic state house, New Zealand Nocturnes explores the story of the places we call home under the mysterious glow of moonlight.

"In mid-winter 2020, I drove to beautiful, isolated Milford Sound and stood in the middle of its huge bus terminal. It has space for twenty-eight buses. There were none; just one illegally parked Jucy van. I couldn’t help thinking that the pandemic was perhaps a good time for us as a country to reflect on whether three million international tourists a year was truly a good thing for us, money aside. There is also the uncomfortable truth that to get to and from New Zealand almost everyone flies:  four billion kg of Co2 emissions per year from that alone. In this project’s grainy photos, I look at Milford Sound’s empty bus terminal as if peering out the window of a plane on the way to isolated New Zealand, forcing the uncomfortable question: how much money do we really need to be happy? And is that money worth the rising sea levels, forest fires, heatwaves, and endangered ecosystems that come with it? Maybe we should try to hold on to some of our isolation for the good of our souls, even after the pandemic is over?" - Kevin Bleakley 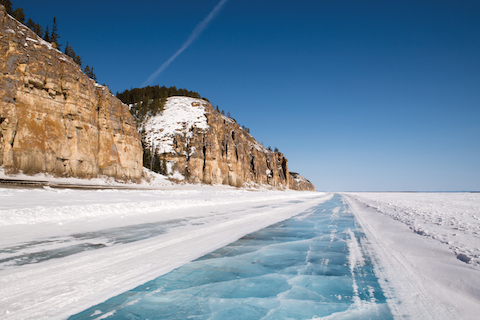 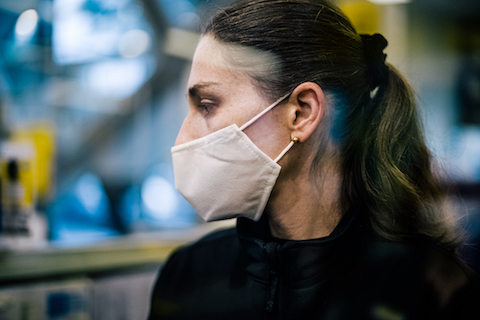 Cameron McLaren, From Lockdown to Re-Opening 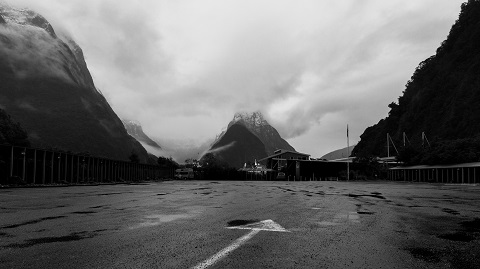